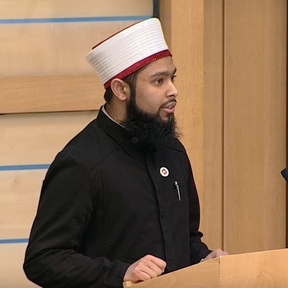 Imam Habib has studied vastly across the UK. His understanding of Islam in the British context stems from his time at Jamia Al-Karam, a well-established and reputable Islamic seminary in the UK - affiliated to the world's historic centre of Islamic scholarship, the University of Al-Azhar in Egypt. This was further enhanced when he graduated from the Cambridge Muslim College with a Diploma in Contextual Islamic Studies & Leadership under the tutelage of Shaykh Abdal Hakim Murad, aka Dr Timothy Winter, before completing his Masters in Islamic and Middle Eastern Studies at the University of Edinburgh. He wrote his thesis on 'The Importance of British Imams Effectively Fostering the Development of British Muslim Identity among Young People'.

Imam Habib is a very active member of the community as he believes we all should be huge contributors to British society's betterment. When he first got the job at Dunfermline Central Mosque in Scotland, he wanted to redefine the meaning of what an Imam should be in the current context in which we live. He developed many interests in community, outreach, youth, interfaith and charity work bridging between different marginalised and ethnic minority groups, getting involved with a wide range of projects to cater for the needs of the local, national and global community.

As a result of his well-rounded personality, he received recognition for his work. Imam Habib was a shortlisted winner for the 'Most Impactful Imam' at the British Beacon Mosque Awards 2019 and ‘Religious Advocate of the Year’ at the British Muslim Awards 2020, was an invited speaker at the Scottish Parliament, joining a list of only a handful of Muslims in history to do so, and met Her Majesty the Queen at Buckingham Palace.

He is currently pursuing another Masters, this time in International Human Rights Law and Justice at the American University in Cairo, a Research Advisory Board Member for the Understanding British Imams project at Islam UK Centre, Cardiff University and was recently appointed as a member to form the Faith for Earth Youth initiative for the United Nations Environment Programme. 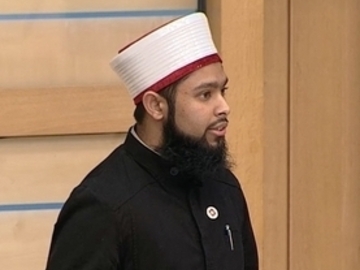