Shaykha Halima Krausen was born in Aachen, Germany into a Catholic/Protestant family. She became Muslim in her early teens, eventually learning Arabic and studying with visiting Muslim scholars and travelling extensively in the Muslim world. In 1992, she completed her studies in Hamburg that included Islamic Law and Theology with Imam Razvi, the leading scholar in Hamburg's Muslim Community, as well as Islamic studies, Christian Theology and Comparative Religion at the university. In 1993, she received her ijaza for independent teaching and practice of Islamic law and theology.

After having been the spiritual leader for German speaking Muslims for 20 years, she now works for an interfaith association and teaches at Hamburg University.

She teaches regularly across Europe and has been a visiting scholar, lecturer and mentor with An-Nisa Society (London, UK) since 1993 where she lectures on a range of issues including Islamic Studies History, Philosophy, Healing the Self and Interfaith Dialogue.

Other highlights in Shaykha Halima's career

1996-2015: Spiritual leader of the German-speaking Muslim Community at the Islamic Centre Hamburg

Since 1999: Principal of the Initiative for Islamic Studies, Hamburg

Since 2014: Lecturer for Qur'anic Studies and Interfaith Relations at Hamburg University 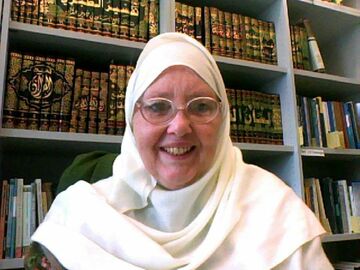